The differents colors of precious and fine stones

Diamond is the precious stone par excellence, the noblest, the most beautiful and the rarest of gems. Its etymology comes from the Latin diamas, derived from the Greek adamas, which means indomitable in reference to the hardness of this gem. It is indeed one of the hardest natural materials. This is why the diamond is a stone that remains unstophable in time : there are no defects in it. This stone is therefore particularly appreciated for engagement rings or weddings thanks to its longevity.

Agathe is a chalcedony belonging to the quartz family. It is composed of silicon dioxide. It is one of the seven treasures of Buddhism. It is found in many countries such as: Germany, Australia, Brazil or Mexico. This semi-precious stone represents balance and harmony: it is therefore perfect for soothing our places of life and work. This stone will bring you luck and calm. It is also considered the stone of happiness.

Sapphire owes its name to the ancient Greek "sappheiros", meaning blue stone. Indeed, when we think sapphire, we think directly blue stone (even if sapphire can exist in other colors!). The virtues of sapphire would be to be able to cure the ailments of the eyes, protect the traveler from the plague of wounds or even provide peace and prudence to its owner.

Aquamarine, from the Latin "seawater", is a gem of a magnificent light blue. According to legend, this stone is produced at the bottom of the sea. That is why this stone is very symbolic for the sailors of the time who used it to pray. It comes mainly from Brazil.

Amethyst is a fine stone that owes its beautiful purple color to the presence of minerals such as iron and manganese. It is found mainly in Brazil, Russia, South Africa and Madagascar. The darkest amethysts are the rarest, and are generally localized in Uruguay. It is a gem that symbolizes serenity and security, it brings inspiration and wisdom and the one (or the one) who wears it.

Iolite is a pretty purple gem (it also exists in other colors). Its name comes from the Greek word "ios" meaning purple. This stone has several names such as cordierite (in reference to the geologist Pierre Louis Cordier who was the first to describe this stone) or dichroite (in reference to the Greek word "dichromos" symbolizing the strong polychromy of this mineral). It is found in Brazil, India, Sri Lanka and China.

Ruby, of a magnificent red, takes its name from the Latin "ruber", meaning "red". It owes its beautiful color to the presence of chromium and iron in its composition. The ruby is the symbol of charity, divine love, loyalty and it is the popular emblem of happiness. It is also associated with courage, with its color evoking fire and blood. This gem is named Ratna Raj in India, or "the queen of precious stones". Indeed, in India this stone has a very high prestige since it is considered the most precious of the stones.

Fire Opal is a gem that can have several color variations. In general they are found in orange, red or brown colors. But only bright red light opals are the most expensive! The noblest are produced in Mexico. It is an incredible support stone, able to heal and strengthen your emotions.

Emerald is a stone of a magnificent green, deep and pure. Its name comes from the ancient Greek "smaragdus" meaning "heart of stone". This gem belongs to the beryl family. Its special color is due to the presence of chromium, vanadium and iron breeds. The emerald is a symbol of renewal, and of hope. It can therefore protect marriage, or confer fertility. Colombia is the largest producer of emeralds, supplying up to 95% of the world's emeralds. 4 criteria are important in the choice of an emerald: the purity of the color, transparency, clarity and brilliance. If they are all at the rendezvous, then the emerald is perfect !

Jade is an ornamental mineral that is found in China, Burma in the majority, but also in Guatemala, Russia or Taiwan. It can be formed from nephritis or jadeite. This stone is considered the symbol of imperial dynasties par excellence. It is very popular and important in China, symbol of honor and virtue. It is also the symbol of purity and wisdom, but also of power and harmony.

Morganite is a gem of a very pale pink color, very soft. Depending on the extraction area, the pink color can be more or less bright. Its name is due to the American J. Pierpont Morgan, who discovered it in Madagascar. Its pretty color is the result of the presence of manganese in the crystal structure. It is found in Brazil, Madagascar, Namibia, and Nigeria.

Rhodolite Garnet is a stone of a bee-pink. Its color is unique as that of ruby. The most beautiful pink garnet usually come from Madagascar. This gem has a very high refractive index, as evidenced by the extreme brilliance that emanates from the stone. Garnet symbolizes the power and strength of the wearer. It brings peace, good health and prosperity to people's lives.

Citrine belongs to the microcrystalline quartz family. It is iron in significant quantities in its composition, which is at the origin of its color. It is one of the most popular yellow stones on the market. The deposits are generally found in Brazil, but also in Madagascar. This stone provides happiness, because it adjusts people's emotions and helps to calm them down. It also helps those who have it to gain confidence and make the best decisions.

Topaz is a mineral of the silicate family. It is colored by iron and chromium, often giving it a pretty yellow color. This gem has a high degree of transparency, which gives the impression of an almost translucent stone. They are found in Brazil, Mexico, Scotland, and Japan. This fine stone would have powers and protective properties. Intense yellow topaz is the most valuable topaz.

Amber is not a crystal but fossilized resin. It is an essentially orange or yellow stone. Orange amber is produced by a deciduous tree. This stone would have the healing power. According to the ancients, it would provide light to the dead as they crossed the underworld. This gem is very sensitive to heat and therefore needs to be protected, especially from the sun's rays.

Carnelian is a fairly inexpensive orange gemstone. It belongs to the quartz family. Its color is due to iron oxides in its composition. We find them in Russia, Ukraine or the United States. This stone helps to achieve goals, increases motivation and vitality. It can also be synonymous with rebirth.

Obsidian is a semi-precious stone. It is a black stone, made of silicon dioxide. Obsidian is the national stone of Mexico, so it is there that it is most produced. This stone is considered the best of protective shields: it is the protective stone par excellence. Be careful, this stone can turn out to be very sharp if you break it!

Black Tourmaline, also called Schorl (in reference to the mineral that gives it its black color), is a fine stone. It is found mainly in Afghanistan, also in India, and in Australia. This pretty black gem helps eliminate stress and fatigue. In addition, it improves physical health and luck. It can also be useful in fighting nightmares at night, stabilizing the space energy field and dissipating evil. 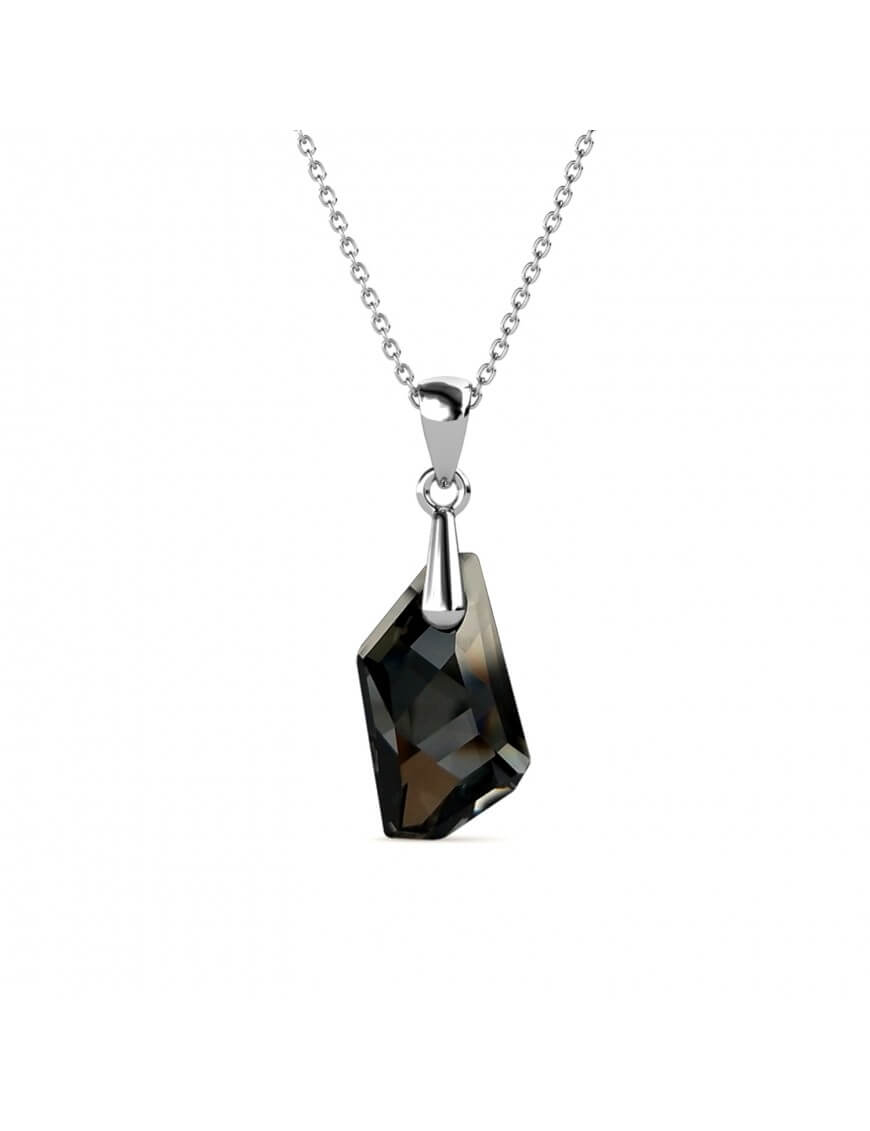